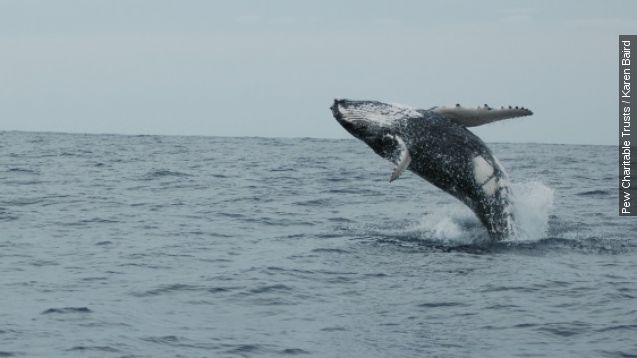 Imagine an area the size of France. Now imagine that area in the ocean off the coast of New Zealand. That's how big that country's new ocean sanctuary will be. (Video via 100% Pure New Zealand)

The Kermadec Ocean Sanctuary will span 240,000 square miles, making it one of the largest protected marine areas on the planet.

This area is notable for its biodiversity. Some 35 species of whales and dolphins, 150 species of fish and three of the world's seven sea turtle species call the Kermadecs home. (Video via Discovery)

Not to mention, it's also the home of the world's longest chain of submerged volcanoes and the second-deepest ocean trench. (Video via BBC Earth)

New Zealand has several marine protected areas, but the sheer size of this sanctuary separates it from the rest.

The government will monitor the area with its navy and satellite technology to ensure there's no fishing, mining or oil exploration. (Video via Royal New Zealand Navy)

The director of the Pew Charitable Trust's global ocean legacy campaign told The Guardian, "This commitment is an exciting step toward meeting global goals to safeguard at least 30% of the ocean through fully protected marine reserves."

New Zealand hopes to enact legislation for the sanctuary by October 2016.