New York Times: Georgetown University Must Pay For The Slaves It Sold 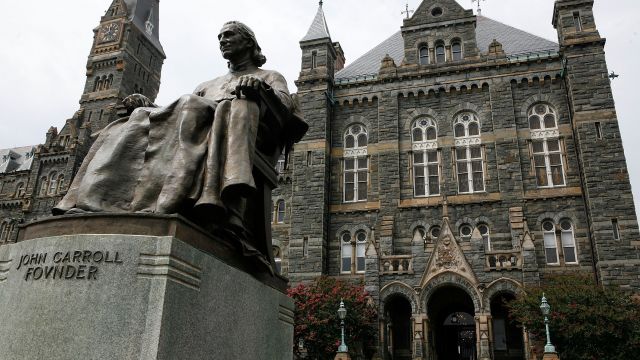 In 1838, Georgetown University sold 272 slaves to help pay off some of its debts. Now, the university is grappling with how to make amends for the sale — and The New York Times has some suggestions.

The Times' editorial board argues the university is "morally obligated" to set up a scholarship fund for the descendants of those slaves. One nonprofit group estimates there could be anywhere from 12,000 to 15,000 relatives alive today.

This comes after the Times published an in-depth article exploring the sale and the modern-day efforts to make amends for it. The 272 slaves, donated to the Catholic university by wealthy parishioners, earned Georgetown the equivalent of $3.3 million.

Georgetown initially started investigating the sale last August but stepped up its efforts in the fall after facing pressure from the student body. Two of the Jesuit priests who orchestrated the sale have had their names stripped from the university's buildings.