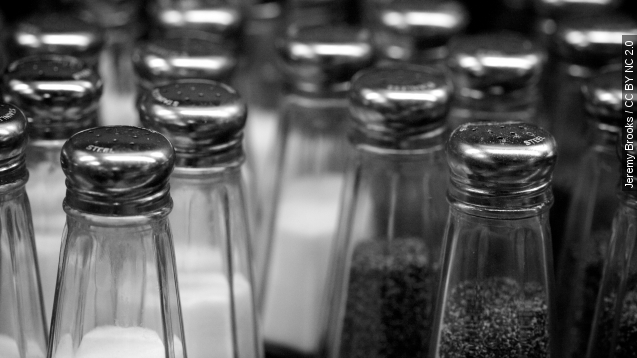 A move that was ultimately shot down by New York's Court of Appeals.

But now there's a new agenda in NYC — against salt.

The New York City health department is set to propose a new requirement for chain restaurants Wednesday, requiring the restaurants to put warning symbols next to food items with a high sodium content.

"I don't see a problem with it. I mean, I think, it's better to be informed, right?" said one man on the street when asked about the warning symbols by a WABC anchor.

"I think it might be a good idea for people with health conditions," another woman said.

The U.S. Food and Drug Administration, or FDA, only recommends 2,300 milligrams, or about a teaspoon of salt a day. The average American currently consumes about 3,400 milligrams a day.

So, a "Big Apple" margarita would definitely be labeled.

Considering margarita recipes call for that recommended 1 teaspoon ... for a single glass.

And one thing contributing to people dying young? High blood pressure. And, depending on a person's diet, high amounts of salt can be a major factor.

According to the Centers for Disease Control and Prevention, 1 in every 3 American adults has high blood pressure. The nationwide cost of the condition is $46 billion each year.

But for restaurants to label all dishes over the daily recommended amount? They'd likely have to label a lot.

There are about 40 Chili's and 40 Applebee's locations in the New York City area. The proposal is expected to be introduced at the city's board of health meeting.

This video includes images from Getty Images and Jeremy Brooks / CC BY NC 2.0.