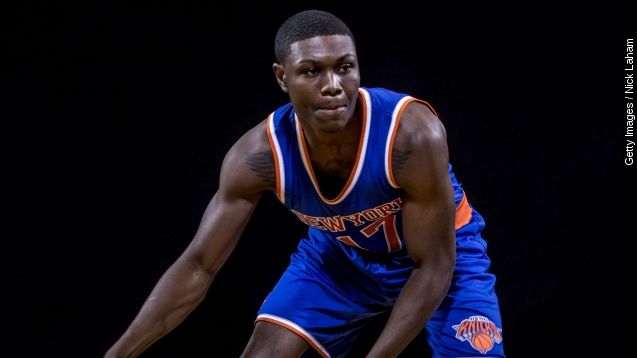 SMS
New York Knicks' Cleanthony Early Shot In The Knee During Robbery
By Matt Moreno
By Matt Moreno
December 30, 2015
The New York Daily News reports Early was in an Uber cab when three cars boxed in the vehicle and six masked men got out.
SHOW TRANSCRIPT

New York Knicks forward Cleanthony Early was reportedly shot in the knee during an early Wednesday morning robbery in Queens.

Police say the attack happened after Early left a strip club and was catching an Uber with a female friend.

Four to six people in ski masks reportedly surrounded Early, robbed him of a gold necklace, gold caps on his teeth and other items, and shot him in the knee.

Early was reportedly inside an Uber cab when the attack happened. The New York Daily News reports Early was about a mile away from the club when "three cars boxed in the vehicle."

The 24-year-old was drafted by the Knicks last year out of Wichita State University. He's played in 10 games this year, averaging 3.4 minutes a game. His injury is not considered to be life threatening.