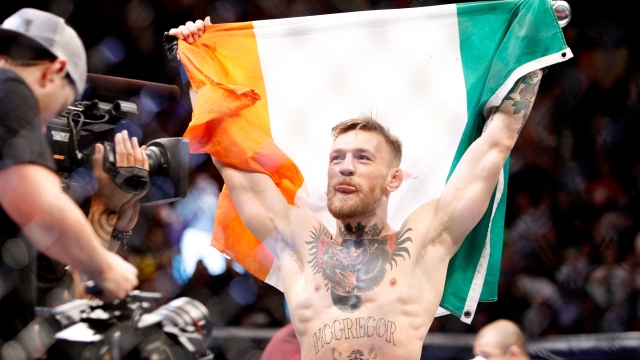 SMS
New York Is Ready To Rumble: State Lifts Ban On MMA
By Grant Suneson
By Grant Suneson
March 22, 2016
The New York State Assembly voted to overturn the state's ban on mixed martial arts, making it the last state in the country to allow the sport.
SHOW TRANSCRIPT

For the first time, every mixed martial arts fan in America will now be able to see a fight in their home state.

The New York State Assembly voted by a pretty wide margin Tuesday to upend a ban on MMA matches within its borders. New York was the only U.S. state that still had an MMA ban on the books.

New York first banned mixed martial arts in 1997, when the sport was still being formed and had very little regulation or oversight. Considering that MMA is essentially two people in a cage trying to knock each other out, it’s understandable why it would be banned.

But now the sport is sky-rocketing in popularity, largely because of the success of the UFC. Pay-per-view buys of UFC events more than doubled from 2014 to 2015. And the more people watching, the more legitimate the league becomes.

And with mega-stars like Ronda Rousey and Conor McGregor getting more famous by the day, that success will likely continue.

Now, New York just needs to make a set of state rules about the sport. Once those are decided, the UFC and other MMA leagues can hold matches in the Big Apple.

This video includes clips from Fox Sports and UFC and images from Getty Images.