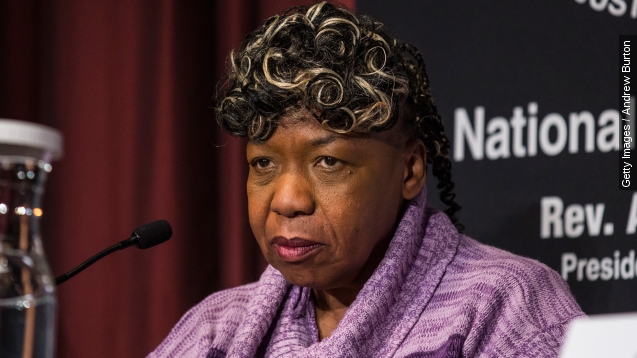 Last year, Eric Garner's family began to file a $75 million suit against New York City. On Monday, the city agreed to pay $5.9 million to bring the dispute to a close.

Garner's death was one of several recent controversial police killings in which officers were accused of using excessive force. (Video via New York Daily News)

Garner's family brought the case in October, about two months before a grand jury chose not to indict Officer Daniel Pantaleo in the 43-year-old's death.

This settlement is one of the largest issued by city comptroller Scott Stringer involving a citizen death in connection to the NYPD.

The New York Times reports, "Mr. Stringer has said the aim is to save taxpayers the expense of a drawn-out trial and to give those bringing the suits and their families a measure of closure."

With support from the Rev. Al Sharpton's National Action Network, Garner's family has planned a rally outside the U.S. attorney general's office Saturday — calling for a federal case to be brought against the officers linked to Garner's death.