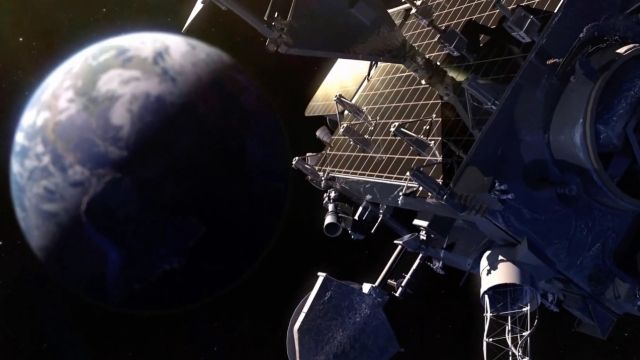 SMS
Our Weather Forecasting Is About To Get A Huge Upgrade
By Evan Thomas
By Evan Thomas
October 6, 2016
A new satellite will provide much faster, clearer images of severe weather.
SHOW TRANSCRIPT

Most weather forecasting data in the U.S. comes from just four satellites — some of which are 10 years old now. Lucky for us, the National Oceanic and Atmospheric Administration has a major upgrade ready.

It's preparing to launch GOES-R, the first in a new generation of critical weather satellites.

Right now, NOAA runs the fleet of four: Two polar-orbiting satellites close to the planet and two earlier GOES models in geosynchronous orbit that spend all their time staring at the Western Hemisphere. Together, they provide more than 95 percent of the data that goes into day-to-day forecasting for the U.S.

GOES-R will take readings every 30 seconds compared to once every 30 minutes for the current satellites. It carries new tools, like a lightning mapper, that will make it easier to track storms and tornadoes.

The GOES-R launch date has slipped twice since 2014. It's currently sitting in a hangar near the Kennedy Space Center, where it's scheduled to lift off Nov. 4.