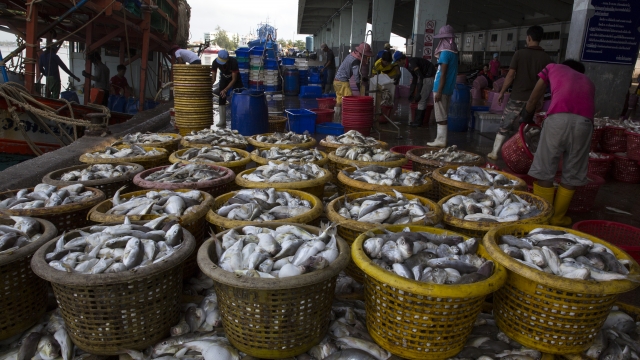 A loophole in a decades-old law allowing the import of products made by enslaved workers has been closed, thanks to a bill signed Wednesday by President Barack Obama.

The Tariff Act of 1930 made an exception for imports produced by enslaved workers if domestic production levels couldn't "meet the consumptive demands of the United States."

The new law is set to go into effect in two weeks, and a lot of the focus is on Southeast Asia's fishing industry, which has been found to pay its workers little, if anything.

The U.S. imports most of its fish. The bill's signing comes after Obama joined a United Nations agreement to turn away fishing boats suspected of violating labor laws.

It also comes after several major U.S. supermarkets announced they are trying to combat forced labor at the companies they get their seafood from.

The government will be tracking the number of imports rejected because of labor violations and presenting an annual report to Congress.

This video includes clips from The White House, Human Rights Watch, The Guardian and BBC, and images from Getty Images and Larry Lamsa / CC BY 2.0.