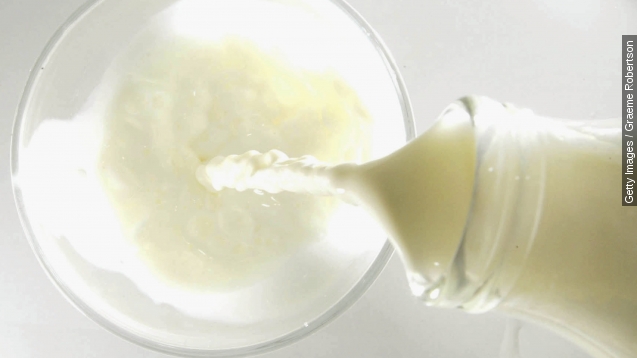 Got milk? Well, according to one study, that could put you at a higher risk of getting Parkinson's disease.

The study, which was published in the journal Neurology, found a link between contaminants found in milk and developing the disease.

But don't throw away your dairy just yet. The research focused on Japanese-American men living in Hawaii during the '80s, when the milk may have contained pesticides from pineapples. The original goal of the study was to find patterns of aging.

Pineapple debris is a common feed for cows in Hawaii. But the pesticide that contaminated the milk isn't even used today.

The study does support previous research that found dairy products increase the risk of Parkinson's disease. So milk, pesticides and brain diseases could still have a common link.

The brains of men who drank more than two glasses of milk, or 16 ounces, daily showed that the nerves in the area most affected by Parkinson's disease were further compromised than those who drank less.

The strangest part? Apparently those who smoked somehow weren't affected. But, researchers are still trying to understand that finding.