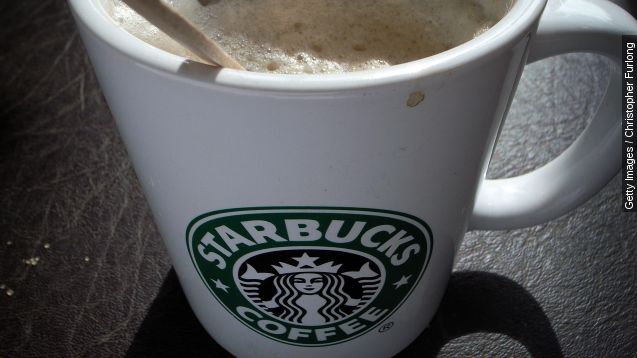 By Jamal Andress
December 7, 2015
Starbucks has partnered with Postmates to test delivery in the Seattle area, but the service isn't cheap for consumers.
SHOW TRANSCRIPT

With a Starbucks on seemingly on every corner, the Seattle-based chain is introducing yet another way to get your coffee fix.

Starbucks has announced a delivery option available through its iOS app that will be tested in the Seattle area. The only problem is the delivery fee costs just as much as — or more than — the coffee.

To have your tall vanilla latte delivered to your door is going to run you about about $6, and that doesn't include the delivery guy or girl's tip.

Starbucks is partnering with Postmates, a delivery startup that connects customers with various couriers around the country.

According to Starbucks, most orders will take no more than 30 minutes, but Postmates couriers are given an hourlong window to make the delivery. There's a maximum of eight items per trip.

The Seattle Times tested the service and dubbed it fast but not perfect, saying the Starbucks app did screw up the order but the courier quickly fixed the problem.

Starbucks and Postmates are both quiet on if or when this delivery service may expand outside the Seattle area.