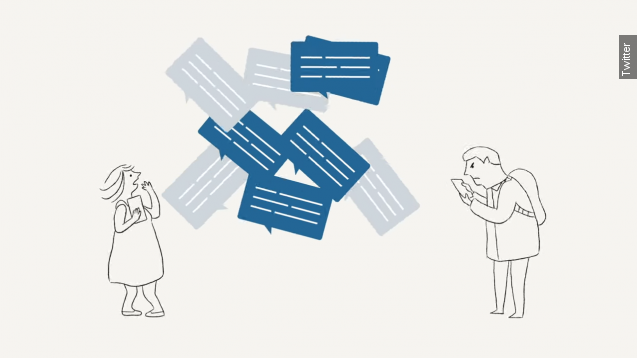 Twitter has a harassment problem. The company knows this, and it's been working on coming up with ways to fix the problem. (Video via Twitter)

Another Band-Aid came Tuesday when Twitter updated its rules to better clarify what's considered hate speech on the site.

A blog post on the update says the new language "emphasizes that Twitter will not tolerate behavior intended to harass, intimidate, or use fear to silence another user’s voice."

And while the thought is a good one, the only real improvement that may come from the update will likely be via enforcement of this new section titled "hateful conduct."

That section aside, a writer for The Verge pointed out the new rules "looked an awful lot like Twitter's old rules." (Video via Twitter)

Ever since February when former CEO Dick Costolo admitted in a company-wide email that Twitter "suck(s) at dealing with abuse and trolls," the company has made a number of positive tweaks. (Video via Re/code)

It hired more people to enforce policies, added tools for reporting harassment and has written a handful of blog posts addressing the digital abuse. (Video via Twitter)

But so far, the dent made in harassment on the site is arguably small.

Having to take those steps might make an abuser think twice about trolling. But a report released in May by Women, Action, and the Media has a list of situations when it's not clear what difference — if any — the current tools would actually make.

One big problem is that reporting harassment requires copy-pasting a link to the offensive material. But WAM! says often times harassers delete their tweets before the victim can fill out a form. And if more than one account is harassing a user at the same time, it's not possible to report them all at once.

All this means is that Twitter still has a long way to go to fix its harassment problem. But then again, what social media site doesn't?