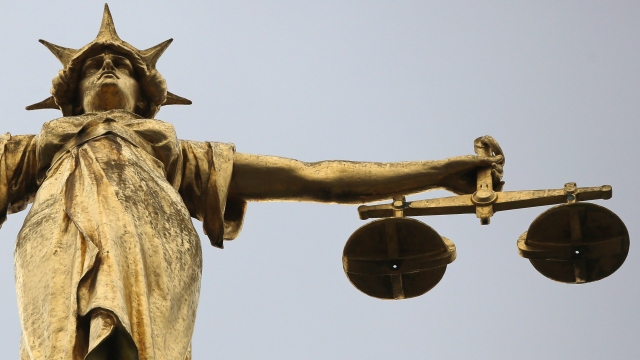 SMS
New Rule Bans Lawyers From Making Sexist Comments In The Courtroom
By Briana Koeneman
By Briana Koeneman
August 10, 2016
The American Bar Association has amended its professional code of conduct to ban sexist language while addressing women in the courtroom.
SHOW TRANSCRIPT

"Legally Blonde's" Elle Woods is definitely fictional, as is the scene where she's sexually harassed.

"Are you hitting on me?" Woods says in response to an advance from her professor.

But many female lawyers have had similar demeaning experiences while on the job. And the American Bar Association hopes to change that with a ban put into place this week.

On Monday, the ABA officially voted to amend its professional code of conduct to ban sexist language and discriminatory behavior toward women in the courtroom.

The new rule reads, in part, "It is professional misconduct for a lawyer to engage in conduct that the lawyer knows or reasonably should know is harassment or discrimination" on the basis of race, sex, religion, gender identity and other factors.

And any lawyers caught engaging in such harassment will be subject to disciplinary action. Depending on the severity of the situation, that could include fines or even suspension from practicing the law.

The ban comes after dozens of female attorneys publicly claimed they were regularly undermined in the courtroom and called demeaning names, such as "honey" and "darling."

As one lawyer told The New York Times, while she was questioning a witness, the opposing attorney told her, "Don’t raise your voice at me. It’s not becoming of a woman."

Now, some have criticized the ban, calling it "anti-Christian" and claiming it could impair free speech.

But still, the ABA says the rule was "resoundingly adopted" during Monday's vote.

The bar associations in 22 states and the District of Columbia already had similar rules against harassment in the courtroom, but there weren't any national guidelines until this week.