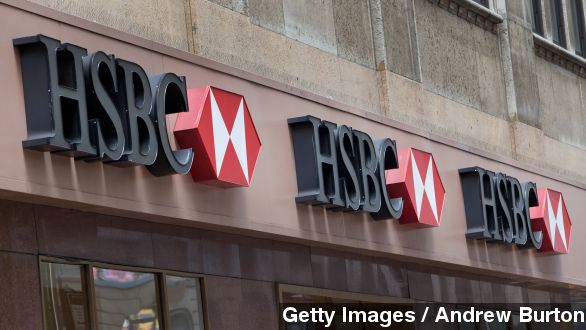 It's one of the biggest leaks in banking history; the ongoing story of how clients of the Swiss branch of banking giant HSBC hid billions of dollars from their governments. In the latest chapter of the saga, journalists around the world published new information Sunday on how the bank actually helped clients avoid taxes — and began naming names. (Video via Le Monde)

"They come from 203 countries, and the total balance is $102.05 billion," reports The Indian Express.

The leaks have launched investigations all over the world into whether the bank's clients deliberately hid assets to avoid paying taxes, and whether HSBC failed to report those funds. (Video via Euronews)

But Sunday's release is the first time since the story broke in 2009 that we've seen how the bank did more than just look the other way. The reports say HSBC actively worked with its wealthy clients to help them circumvent the tax laws of their home countries, including handing out bricks of cash.

It also dealt with some shady characters. The reports claim HSBC provided banking services for corrupt officials, arms dealers, friends and relatives of dictators and traffickers in "blood diamonds." (Video via The Guardian)

The British banking giant is facing criminal investigations in three countries, and has admitted that some tax evasion may have taken place at its Swiss branch. But in an official statement, it said, "We have taken significant steps over the past several years to implement reforms and exit clients who did not meet strict new HSBC standards, including those where we had concerns in relation to tax compliance."

You can read more about the latest in the "Swiss Leaks" story from the news outlets that collaborated for Sunday's release, which include The Guardian, the BBC, Le Monde and the The International Consortium of Investigative Journalists.