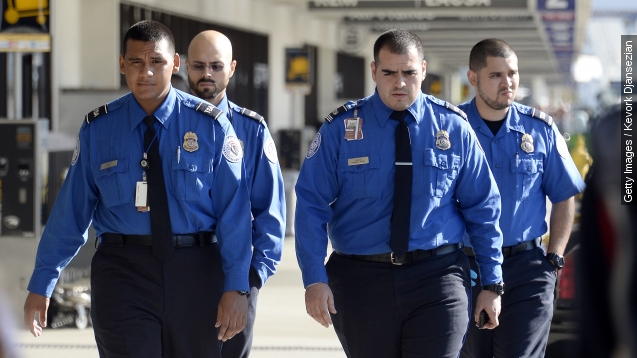 Full-body scanners, pat-downs and metal detectors — the National Transportation Safety Board takes a number of precautions to keep passengers safe.

But the bottom line is even with last year's $7 billion budget, much of which was tax dollars, these precautions are not working.

CNN reports, "TSA officers failed 95 percent of the time during undercover operations designed to test their ability to detect explosives and weapons at airport security checkpoints."

According to a classified report obtained by ABC, undercover agents from Homeland Security, called red team investigators, posed as passengers at some of the busiest airports around the country. Out of 70 attempts, the TSA failed 67 times.

Following the release of those details, Secretary of Homeland Security Jeh Johnson has been swift to announce changes. First, a demotion for former TSA director Melvin Carraway.

Carraway was replaced by his deputy Mark Hatfield but those changes are likely temporary. Earlier this year, President Obama nominated Coast Guard Vice Commandant Peter Neffenger to take over the position, so it's possible we could see that come to fruition in the near future.

Jeh Johnson has also called for other changes that will reinforce both TSA technology and officer training.

"He wants more random testing of security checkpoints, intensive training and retraining for TSA agents and more equipment checks of the scanners and detection machines agents use to make sure they are calibrated," ABC's David Kerley reports.

Although, as officials have said, the findings are "concerning." In a statement, Jeh Johnson seems to make an attempt to tame the backlash and ease potentially worried passengers — noting red team investigators have been in place for 13 years to find holes in TSA security.

He said, "The numbers in these reports never look good out of context, but they are a critical element in the continual evolution of our aviation security. We take these findings very seriously in our continued effort to test, measure and enhance our capabilities and techniques as threats evolve."

Security expert Bruce Schneier talked to MSNBC and said these are issues we've seen before, but also this time around, it's more public and less, as the TSA calls it, isolated:

"In 2003 there were similar reports. 2006 in Newark there's a 90 percent failure rate. ... There have been lots of test over the years that have been pretty bad. The TSA has always been able to spin it as isolated incidents, isolate airports."

Another aspect critics are pointing to is the importance of stopping potential terrorist threats before they even make it to the airport.

Fox News reports, "The vast majority of plots are thwarted by good intelligence, not pat downs."

"All of them are stopped by going out, investigating, sharing information and discovering plots long before they came to fruition," James Carafano told Fox.

One instance where we saw this happen was with 2006's liquid-bomb plot. However, as that was one of the largest surveillance operations of its kind, one could argue its not comparable to the types of issues we've recently learned of.

One of the more alarming instances in this recent report was that when TSA agents patted down a red team member, they still failed to find the hidden explosive.

"It's been reported one undercover agent was stopped after setting off an alarm at a magnetometer. But TSA screeners failed to detect fake explosives taped to his back during a pat down," reports Al Jazeera.

Later this summer, Homeland Security will release the full report with more details that could require further changes within the TSA.