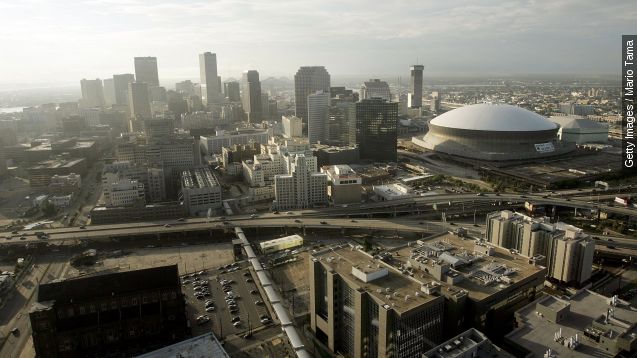 Four Confederate-era monuments in New Orleans will be relocated after the City Council voted to declare them a nuisance Thursday.

"If you don't know anyone offended by the statues part of you probably don't pay attention to the people you're around and you don't know what's going on in their head." (Video via WVUE)

A monument dedicated to the Battle of Liberty Place and statues of Gen. P.G.T. Beauregard, Confederate president Jefferson Davis and Gen. Robert E. Lee will be removed from their current locations after much debate. (Video via WWL-TV)

New Orleans is the latest in a string of southern cities to remove or ban Confederate symbols.  in the wake of a deadly shooting at the Emanuel AME Church in Charleston, South Carolina on June 17. (Video via CNN)

But we should mention, this fight to remove the monuments in New Orleans has been a long one. The city's mayor first proposed the ordinance just a week after that shooting. (Video via The Times-Picayune)

The ordinance was quickly signed into law after Thursday's 6-1 vote. It'll cost the city about $170,000 to remove the monuments and store them until a new location is determined. No word on when the monuments will be moved.