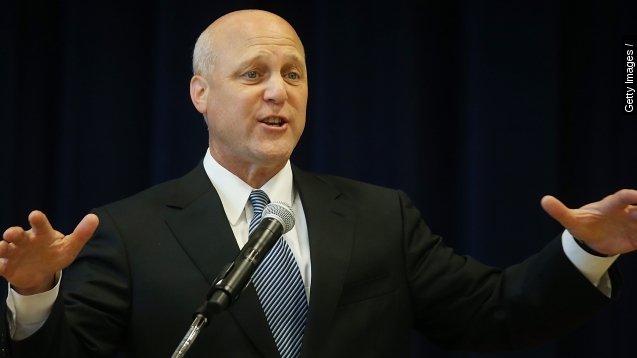 The mayor of New Orleans isn't backing down in his ongoing standoff with the city's firefighters — not even under the threat of house arrest.

"I am prepared to stay under house arrest for the next two years of my term and this is too important and too much is at stake for the city of New Orleans," Mayor Mitch Landrieu said in a press conference.

A judge has already ruled the city owes more than $75 million to more than 1,000 firefighters or their families. The battle has been going on for about 35 years. (Video via WGNO)

Firefighters first sued the city in 1981 over a city policy on how they gain vacation and sick leave; the fight continued in court until June of this year when a judge decided on the $75.5 million. The firefighters union says they just want the matter resolved. (Video via WDSU)

"We just need to strap on the gloves, get in there, do what we got to do and make this right for the city. I mean, my God, it has been 35 years. It's time to put an end to this," Nick Felton, the president of the Firefighters Union said Friday.

According to WVUE, the city agreed to pay $15 million upfront and the rest over the next 30 years but that didn't cut it for the judge.

The judge gave Mayor Landrieu one week to come up with a payment plan for the $75 million before making Landrieu start house arrest.

This video includes images from Getty Images, Bart Everson / CC BY 2.0 and the New Orleans Fire Department with music by Chris Zabriskie / CC BY 4.0.