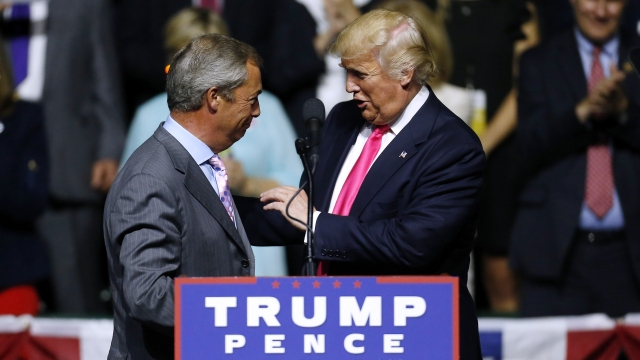 The poll, released by media technology company Morning Consult, includes responses from about 2,000 registered voters — 43 percent said they will vote for Clinton, and 40 percent plan to vote for Trump.

SEE MORE: Hispanics In Florida Might Be Warming Up To Donald Trump

Last week, Morning Consult showed Clinton with a 6-point lead. This week, she was down to a 3-point lead, and the polling site noted the two haven't polled this closely since late July. But it's important to note that the margin of error is plus or minus 2 percentage points — so the change might not actually be that significant.

RealClearPolitics shows a 6-point difference between Trump and Clinton, according to an average of national polls conducted throughout August.

The two candidates recently exchanged what the Washington Post called "a series of racially-charged accusations." Clinton accused Trump of "taking hate groups mainstream," while Trump claimed his opponent has continued to be a "bigot" toward African Americans.

Trump has struggled to gain a strong following from minority voters, including African Americans and Hispanics.

SEE MORE: A Third Of Americans Are Considering A Third-Party Candidate

Neither poll included third-party candidates Gary Johnson and Jill Stein, who are running under the Libertarian Party and Green Party, respectively. But other polls show when the two are included, Clinton's lead drops to 39 percent of voters, and Trump's to 37 percent.

The third-party nominees currently do not have the 15 percent support from voters required to attend the first debate in September. Johnson holds 8 percent of surveyed voters' support, and Stein has snagged 3 percent of their support.