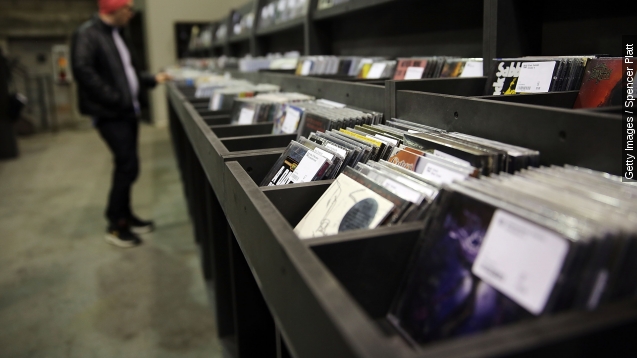 Here's another reason to say TGIF. The last day of the workweek will now be the day that new music is released worldwide.

Retailers and record labels in 45 countries will now release new tracks and albums just after midnight on Friday mornings.

The International Federation of the Phonographic Industry announced the move, which the organization says came after realizing the old system of releasing new music was outdated in the digital world. (Video via Pandora)

Before the announcement, each country had its own day of the week for releasing new music, for example, Tuesday in the U.S. and Monday in the U.K. (Video via Spotify)

But this meant an album could be available for purchase in one country, but stay off the shelves in another for a few days.

This could lead people to find illegal ways of getting new music not yet available where they lived, something the IFPI told NPR it hopes will be reduced with the change.

So, why Friday? The IFPI says it's a day when music fans will feel more like shopping, both online and in-store.

One store owner told the Tampa Bay Times, "It's like you're slamming all your traffic to the weekend, and then you've got five days of just sitting there."

Whatever the case, music fans will be looking forward to Fridays from now on.

This story contains photographs and video from Getty Images.