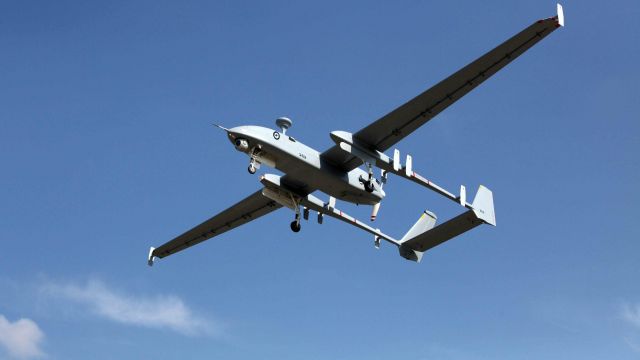 The U.K. and the U.S. have been spying on Israeli drones, according to new documents released by former National Security Agency contractor Edward Snowden.

On Friday, The Intercept published a series of photos leaked from the "Anarchist" program, a joint operation between the NSA and Britain's Government Communications Headquarters.

According to the leaked documents, Anarchist operated from a British Air Force base in Cyprus, intercepting video feeds from drones flying in the region. Many of those videos were from Israeli drones — including several images of drones apparently armed with missiles.

Those photos could be a rare piece of public confirmation that Israel uses armed drones to conduct airstrikes, something that's been widely suspected but never confirmed.

The latest revelations probably won't increase tensions between Israel and the U.S. very much, given previous revelations about efforts by the U.S. and Israel to spy on each other. An Israeli cabinet minister characterized the leaks as disappointing, but not surprising.