New Hormone Could Protect Against Diabetes And Weight Gain 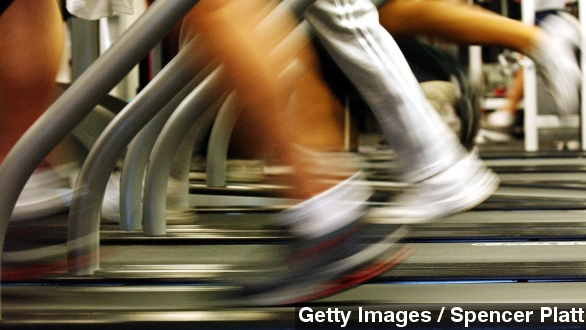 Scientists at the University of Southern California discovered a hormone that has some of the same benefits as exercise.

The newly discovered hormone protects against diabetes and weight gain, even in the face of high-fat, Western diets.

It was found in the DNA of mitochondria, which are green in this picture. That's the part of the cell that converts food into energy.

The hormone protects against diabetes and weight gain by restoring insulin sensitivity in muscle tissue, which allows the body to do a better job processing glucose.

This could especially help older people who have developed age-dependent insulin resistance, which leads to diabetes. The hormone actually reversed those effects while normalizing metabolism and protecting against weight gain.

Scientists studied the effects by feeding mice a high-fat diet and injecting them with the hormone. The researchers found the mice were less likely to gain weight and less likely to develop a resistance to insulin.

Pinchas Cohen, Dean of the USC Davis school, said, "This represents a major advance in the identification of new treatments for age-related diseases such as diabetes."

The researchers point out that the mechanisms that made this hormone work in the mice are present in all mammals, including humans. Clinical trials in people could start in the next three years.