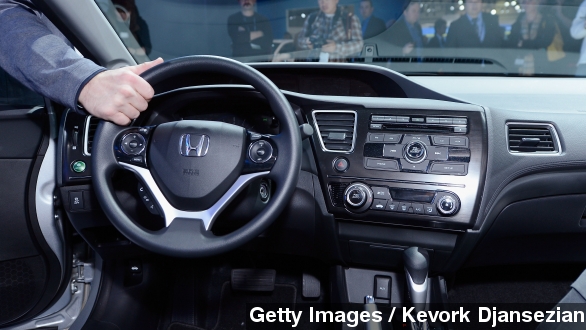 Honda is using a remarkably different tactic than other carmakers in dealing with a recall that put the safety of millions of air bags in question.

Starting Monday, Honda plans to begin running ad campaigns asking drivers with cars affected by the recalls to get their cars repaired. It's a move the Associated Press called  "unprecedented."

The campaign is mostly aimed at the Takata air bag recall. The air bags can rupture and spray shrapnel into the driver or passengers upon impact, though Takata has previously said its products are mostly susceptible in hot, humid climates. (Video via Takata)

So far, six people have died in such accidents, four of those people in Honda vehicles.

The most recent was a Houston-area man driving a 2002 Honda Accord in January. Attorneys representing Carlos Solis' family say this should have been a simple fender-bender. (Video via KHOU)

Honda's press release says the company will advertise in 120 newspapers, produce radio ads for 110 markets and also advertise on Facebook. They've also asked you check recalls.honda.com or recalls.acura.com to see if your vehicle's affected. (Video via Honda)

The repairs are free if you're part of the recall. While the recalls have been out for months, a Honda exec wrote these ads are "designed to break through the clutter, grab the attention of customers driving affected vehicles." (Video via Consumer Reports)

Besides the obvious safety issues, Honda is clearly trying to avoid the stigma of other recalls, like at GM where years of inaction led to the public perception the automakers were covering up dangerous flaws. (Video via PBS)