New Evidence For Saturn’s Age, Thanks To Hydrogen 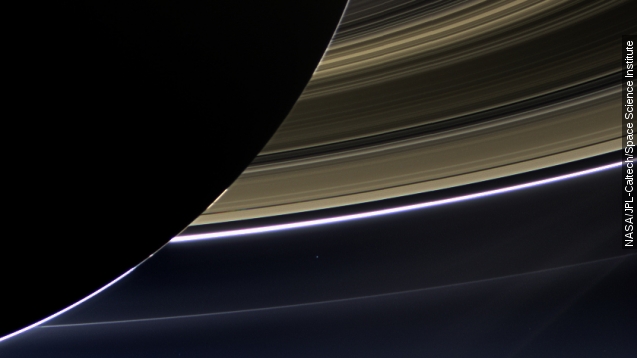 SMS
New Evidence For Saturn’s Age, Thanks To Hydrogen
By Evan Thomas
By Evan Thomas
June 27, 2015
The first experimental application of an old theory could give scientists a better idea of how old Saturn really is.
SHOW TRANSCRIPT

New tests on the lowly hydrogen molecule appear to confirm some old theories about the gas and could have big implications for one of our biggest planets. Brace for some science.

An 80-year-old theory first floated by physicists Eugene Wigner and Hillard Bell Huntington suggests that when you put a lattice of hydrogen molecules under enough pressure, the gas starts behaving like a metal. It breaks into individual hydrogen atoms and releases electrons that can carry a current.

The researchers say this could patch a hole in what we know about Saturn — specifically, its age. One of our existing computerized models determines the age of Jovian planets based on the radiation and heat they emit. As they age, they get cooler.

This process warms the planet and could account for why the computer models are coming up two billion years short.

To be clear, scientific consensus still puts Saturn at 4.5 billion years old or so, and Sandia researchers says it will take time to work the laboratory’s new hydrogen evidence into planetary age models.

In the meantime, they’ve published their findings in the journal Science.

This video includes images from NASA and The Nobel Foundation. Music by Nicholas Cheung / CC BY NC SA 3.0.