New 'Dancing With The Stars' Cast Has Something For Everyone 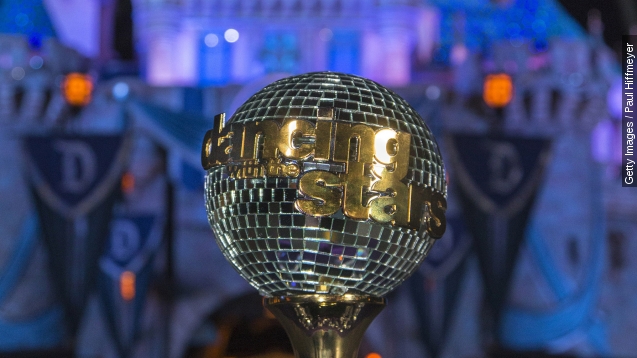 SMS
New 'Dancing With The Stars' Cast Has Something For Everyone
By Lexie Hammesfahr
By Lexie Hammesfahr
September 2, 2015
The final cast members of "Dancing with the Stars" were revealed Tuesday morning. The well-rounded cast has something for everyone.
SHOW TRANSCRIPT

The final members of the "Dancing with the Stars" cast were revealed Tuesday morning on "Good Morning America," and just about every possible demographic will have a reason to tune in for the new season.

We already knew about nine of the contestants, so we really only had to find out who the remaining four were for season 21.

So here's how this cast has something for everyone. Bindi Irwin is a cast member this season, and I think it's pretty safe to say anyone over the age of 15 can remember her close relationship with her father, the famous crocodile hunter Steve Irwin, who died in 2006 after a stingray barb hit his chest.

There will also be two reality stars on the show: Kim Zolciak and Tamar Braxton. Devoted fans of shows like the "Real Housewives" franchise and "The Braxtons" will help bring in a large "DWTS" audience.

Then there's Hayes Grier — better known as Nash Grier — a 15-year-old Vine star who has 4.1 million followers on Instagram and 12 million on Vine. This addition targets the younger population, who will surely want to watch the Internet sensation compete.

Nick Carter will likely garner the attention of millennials who grew up as fans of the Backstreet Boys. (Video via Jive Records)

Victor Espinoza and Alek Skarlatos will appeal to viewers who want to watch both men kick some booty (in two totally different ways). Espinoza is the jockey who just won the Triple Crown on the horse American Pharoah. Skarlatos is one of the Americans who helped fight the gunman on the French train in August. (Video via ABC)

And then there are the legends, who would be of more interest to older viewers. Singer Chaka Khan, actor Gary Busey and chef Paula Deen are cast members this season as well.

The other two celebrity cast members are husband and wife Carlos and Alexa PenaVega. Millennials will recognize Alexa as Carmen Cortez in "Spy Kids." The younger generation knows Carlos from the boy band Big Time Rush.

"Dancing with the Stars" premieres Monday, Sept. 14 on ABC.