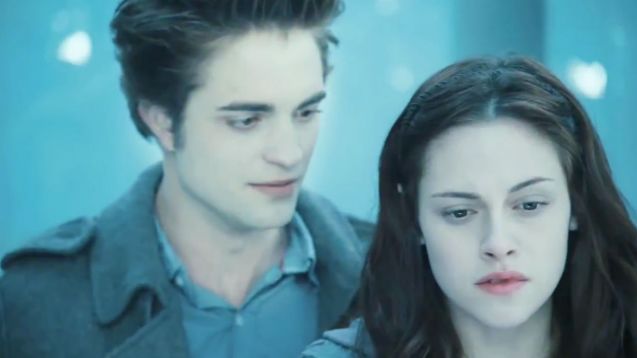 So what's so reimagined about this new book?

"Say it out loud," said Edward Cullen in "Twilight," "Say it." (Video via Summit Entertainment)

Gender swap! In the new book, Bella is Beau and Edward is Edythe. But don't worry you Twihards, it's still a teen, vampire love story.

Meyer told "Good Morning America" it bothered her that some readers saw Bella as a damsel in distress, so she wanted to switch up the genders.

And that's a fair point, because both Edward and Jacob spend huge parts of each book saving Bella.

But don't get your hopes up for a whole new series or even a movie version of the new book.

Meyer said on "Good Morning America," "I think that this is just one version with Beau."

Many Twitter users are all about the Twilight revival. But the series will always have its critics.

"Did your Twilight experience turn out to be what you expected," asked Shaun Robinson on Access Hollywood.