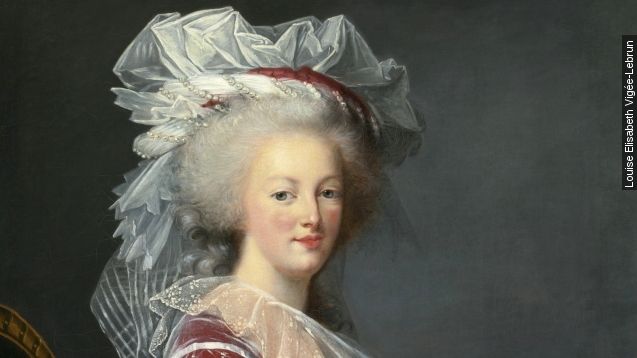 In case you thought Marie Antoinette's life couldn't have been any more dramatic, a new book claims her husband King Louis XVI was not the father of two of her four children.

In the book, titled "I Love You Madly – Marie-Antoinette and Count Fersen: The Secret Letters," historian Evelyn Farr compiled a set of letters between Marie Antoinette and Swedish count and diplomat, Axel von Fersen.

Farr said in an interview with People the two used secret codes and invisible ink to write love letters to each other throughout their 20-year affair.

She quoted one message from Fersen as saying, "I live and exist only to love you — adoring you is my only consolation. My God, how cruel it is to be so near and not be able to see each other!"

And based on her research, Farr says she has "compelling evidence" that Marie Antoinette's son, Louis Charles, and daughter, Sophie, were fathered by Fersen.

Marie Antoinette wed King Louis XVI when she was just 14 years old as part of an arranged marriage. And Farr says she began her relationship with Fersen four years later.

Unfortunately, if you want to learn more about this alleged affair, you'll have to wait a little while longer. Farr's book will be released in the U.K. in March and the U.S. this summer. But you could just watch the movie to hold you over until then. (Video via Columbia Pictures / "Marie Antoinette")