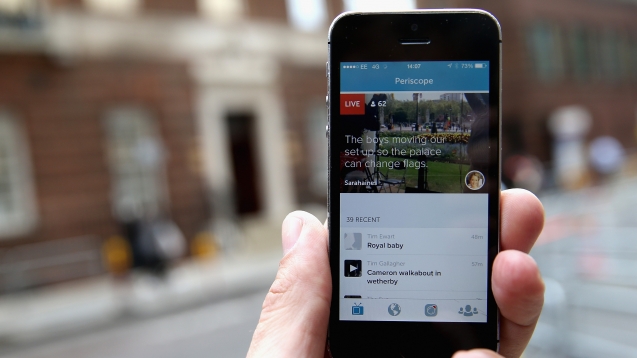 SMS
New App Creates New Way to Get Arrested
By Grant Suneson
By Grant Suneson
October 13, 2015
​After a night of drinking in Lakeland, Florida, Whitney Beall streamed her drive home on Periscope, before a pair of concerned viewers called police.
SHOW TRANSCRIPT

If enough people use an app, chances are at least one of them will do something stupid with it. That’s certainly the case with Periscope.

"I am f******  drunk and this is horrible. I don't even know where the next gas station is. This is horrible, guys!" Whitney Beall said in a video uploaded to Periscope.

After a night of drinking in Lakeland, Florida, Whitney Beall streamed her drive home on Periscope, before a pair of concerned viewers called police. The cops found her and charged her with DUI after she failed field sobriety tests.

It seems like with every new app, there’s a new way to get yourself in trouble. Like in the case of alleged bank robber Dominyk Alfonseca.

“He recorded the incident on his cellphone and then put the video up on his social media page while he was still inside the bank,” Jason Marks reported. “I posted the video on my Instagram. I videotaped it,” Alfonseca said.

And, as the king of social media, Facebook’s had more than its fair share of misguided criminals posting the aftermath of their alleged crimes on the site.

"Police say 28-year-old John Mogan robbed an Ashville bank in August, then posed with his girlfriend and the loot on Facebook," a WBNS reporter said.

So if you're going to commit a crime, just remember the police have Internet access, too.