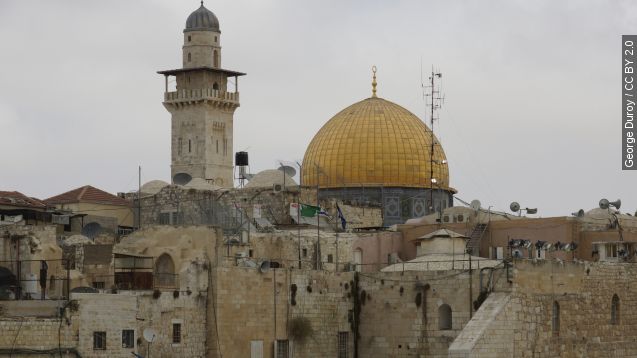 The recent Palestine-Israel violence partially has its roots in a dispute over the al-Aqsa mosque compound, a sacred site for both Jews and Muslims.

Now the countries responsible for maintaining the compound have reached an agreement that could help stop some of the violence.

Secretary of State John Kerry told reporters, "Today, I hope we can begin to turn the page on this very difficult period."

U.S. Secretary of State John Kerry announced Saturday that Israel, Palestine and Jordan had all agreed on a plan to put 24-hour surveillance cameras at the holy site, known as the Temple Mount to Jews and Haram al-Sharif to Muslims, for additional transparency.

Israel also reaffirmed its commitment to the current Israel-Palestine arrangement at the compound, which allows Jewish people to visit the site, but not pray there.

Rumors that Israel might try to alter this arrangement sparked a confrontation between Israeli security forces and Palestinian protesters. Israel instituted an age restriction on the compound in response, which further increased tensions.