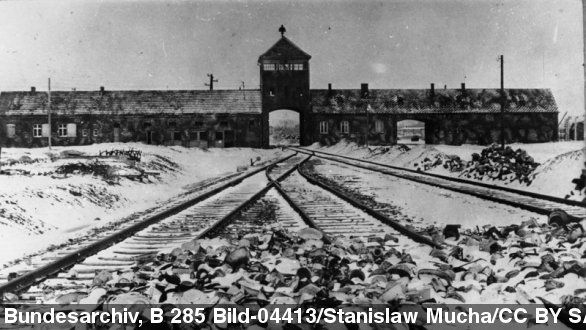 By Elizabeth Hagedorn
January 27, 2015
On the 70th anniversary of the liberation of prisoners from Auschwitz, we examine other atrocities that have affected millions worldwide.
SHOW TRANSCRIPT

Syria is barely recognizable. In less than four years, 200,000 people have died. Entire neighborhoods are gone. Half the population has been uprooted. (Video via Aleppo Media Centre)

The conflict began as an uprising against Syrian President Bashar al-Assad. It's since turned into a bloody civil war. (Video via YouTube / Syrian Days Of Rage)

The United Nations says it has "massive evidence" the Assad regime is responsible for "crimes against humanity," which the government denies. (Video via YouTube / سورية المستقبل)

Even though the Rohingya people have lived in Myanmar for centuries, they are stateless. (Video via Voice of America)

The Buddhist government refuses to give the 1.3 million Rohingya Muslims citizenship, accusing them of immigrating to the country illegally from neighboring Bangladesh. (Video via Al Jazeera)

Because sectarian violence destroyed their homes, 140,000 Rohingyas now live in camps, forbidden to leave. The conditions are deplorable. (Video via Euronews)

But a power struggle between the country's two tribes, the Dinka and Nuer, has thrust South Sudan into a new war. At least 50,000 people have died in the past year.

The United Nations says the conflict has all the hallmarks of a genocide: systematic killings of civilians, rape and forcing children to become soldiers. Both the government and rebels have committed "mass atrocities."

"The opposite of love is not hate; it's indifference," said Elie Wiesel, Auschwitz survivor and human rights activist. (Video via USSR)