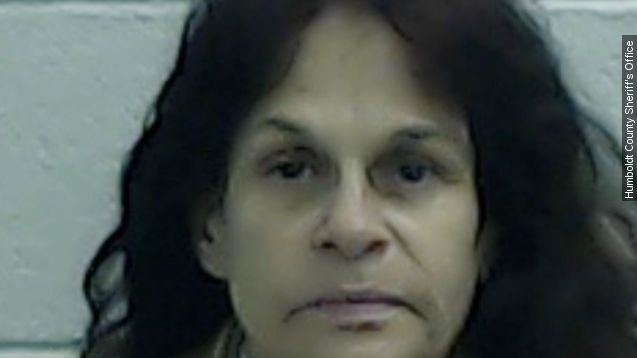 SMS
Nevada Woman Arrested After Break In 12-Year Cold Case
By Matt Picht
By Matt Picht
January 7, 2016
Pam Erwin, 57, has been arrested in connection with the death of James Erwin, who disappeared 12 years ago.
SHOW TRANSCRIPT

A Nevada woman has been arrested in connection with a 12-year-old case.

Fifty-seven-year-old Pam Erwin was taken into custody this week for the death of James Erwin, who was first reported missing in December 2003. Investigators say they believe James Erwin was stabbed to death several months before his disappearance was reported.

In early 2015, investigators revisiting the case discovered new evidence that lead them to Erwin's body, buried in a shallow grave south of the town he lived in.

Humboldt County Sheriff Mike Allen told the Reno Gazette-Journal: "We were anticipating being out there for days, and it was a matter of a few hours that the grave site was found. ... One of the most remarkable accomplishments that occurred during the investigation is locating the grave site from very little information." Authorities say an additional arrest is possible in the case.