Nevada's Convoluted Caucuses Could Give Sanders A Few Extra Delegates 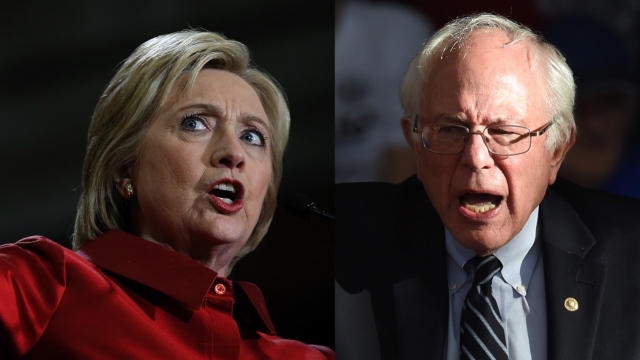 SMS
Nevada's Convoluted Caucuses Could Give Sanders A Few Extra Delegates
By Eugene Daniels
By Eugene Daniels
April 8, 2016
It's also a reminder that the results aren't official until the state conventions take place.
SHOW TRANSCRIPT

"Thank you, Nevada. Thank you so much," former Secretary of State Hillary Clinton said in her victory speech after winning Nevada in February.

Winning a state contest during the primary season means you should leave the state with more delegates than your competitors. The operative word there: should.

Hillary Clinton won the Nevada caucuses on Feb. 20 with 53 percent of the vote and was projected to win 20 of the 35 pledged delegates. But that projection is estimated to have gone down by two after county conventions took place.

By the time the process is all said and done, the result usually matches the initial vote. Usually.

A delegate switch happened to Clinton in Nevada during her first presidential run. She won the first round but ended up losing the delegate battle to then-Sen. Barack Obama.

And the same thing could happen here. The caucus system relies heavily on voter enthusiasm, and candidates have to make sure that excitement goes all the way until the end of the caucus process.

So as much as it would like to, the Bernie Sanders campaign can't really declare a victory in Nevada. Not until the state convention anyway.

This video includes images from Getty Images and clips from ABC and C-SPAN.