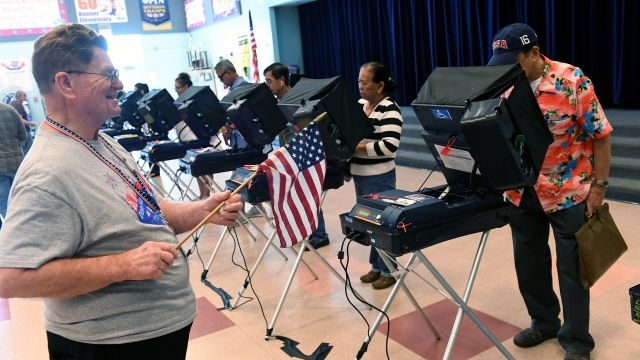 A Nevada Judge Tuesday denied requests from the Trump campaign stemming from allegations that four polling locations remained open several hours later than they should have.

Voters still in line when the early-voting polls closed in Nevada on Friday had the legal right to vote. But the campaign alleged that poll workers decided earlier in the day to keep the polls open. The county has denied the claim.

According to Newsy's partners at KTNV, the campaign's attorney wanted ballots cast at the locations to be separated from others. He also wanted the information of the people working at those specific locations on Friday to be released.

The judge denied both requests, saying the county registrar of voters was already "obligated" to keep the records. She also said she didn't want to subject the poll workers to harrassment.

One of the polling locations in question is in a predominately Hispanic neighborhood, something the state's GOP chairman might have referenced in a speech Saturday night.

"They kept a poll open until 10 o'clock at night so a certain group could vote. It wasn't in an area that normally has high transition," Nevada GOP chairman Michael McDonald told the crowd at a Trump rally.