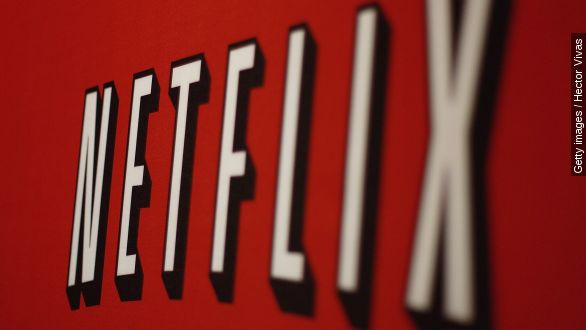 With internet video streaming now thriving, one of the top dogs in the industry announced Wednesday some explosive growth in early 2015.

In a letter to shareholders, Netflix says it ballooned to more than 62 million subscribers worldwide, adding more than 4.8 million in the last quarter alone. Meanwhile, sales jumped 24 percent to $1.57 billion, fueled by international growth.

"You wanna know what takes real courage? Holding it all together when the stakes are this high!" Frank Underwood said.

Netflix CEO Reed Hastings credited the subscription spike to quality original content, such as hit shows like the political drama "House of Cards."

"What you're seeing is all of internet TV growing. The attention of the new launches of the competitors is only creating a bigger ecosystem, drawing more and more people into thinking, 'Hey, I gotta check that out,'" Netflix Co-founder and CEO Reed Hastings said.

Hastings also applauded his over-the-top content competitors such as HBO's new streaming service "HBO Now." He says his company doesn't feel threatened because Netflix offers quality content at such a low cost — with rates starting at just $7.99 a month.

Netflix has been vocal that global expansion is the name of the game. Earlier this year, the company announced plans to offer its service in 200 countries across the globe within the next two years.

According to The Wall Street Journal, Netflix currently has a presence in about 50 countries, recently expanding its service to Cuba, Australia and New Zealand.

But that aggressive growth also comes at a cost. International losses nearly doubled year-to-year despite the surge in subscribers, and Netflix predicts those losses will top $100 million next quarter. The result delivered a blow to the company's net income. (Video via Netflix / "Marvel's Daredevil")

Wall Street doesn't seem too deterred by those losses. After Wednesday's announcement, Netflix's stock finished the day up 12 percent after hours — a gain of nearly $60 a share.