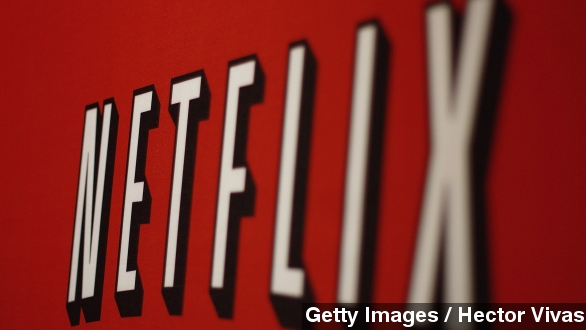 Netflix and other streaming services are draining TV viewership in a big way.

A new report from The Wall Street Journal says the Cabletelevision Advertising Bureau is blaming streaming services for some 40 percent of third- and fourth-quarter decline in TV ratings.

Overall, TV viewing has declined sharply. Nielsen put the slide at 10 percent in the third quarter and 9 percent in the fourth quarter last year, and another firm's already predicted this year's first quarter will see another 12 percent drop. (Video via Nielsen)

That stands in pretty sharp contrast with Netflix, which in January announced 26 percent gains in fourth-quarter revenue, pulling in $1.48 billion. (Video via Netflix)

It's not just Netflix, though. Nielsen released data Wednesday showing 40 percent of all U.S. households have a subscription video-on-demand service like Netflix, Amazon Prime or Hulu Plus.

And as Fortune points out, HBO is launching its expanded streaming service in April through a collaboration with Apple.

The company announced its stand-alone streaming service will initially be available only through Apple TV for $14.99 a month. (Video via The Verge)

It's worth noting the analysis The Wall Street Journal cited in its report was based on Netflix's public comment about viewing hours, compared with Nielsen ratings of declining viewership.

This video includes images from Getty Images and flash.pro / CC BY 2.0.