Netflix Stock Split Was Only A Matter Of Time 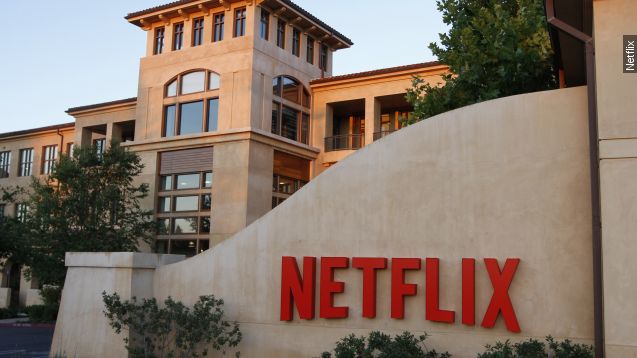 SMS
Netflix Stock Split Was Only A Matter Of Time
By Jake Godin
By Jake Godin
June 24, 2015
Netflix announced a stock split at a 7-to-1 ratio, a bit of good news for both shareholders and retail investors.
SHOW TRANSCRIPT

Netflix is splitting — but in a good way.

Netflix announced it would be initiating a share split at 7-to-1 come July 14. It'll be payable to shareholders who own Netflix shares by July 2. (Video via Netflix)

The split comes after the video streaming service's share price more than doubled since last December. News of the split sent Netflix shares up even higher, hovering around $700 during midday trading. (Video via Netflix)

At a 7-to-1 split, Netflix's 60.62 million shares will increase seven-fold to almost 425 million. Accompanying the jump in shares will be a drop in share price — to something around $100 at its current price.

It's good news for investors and potential investors alike, and something industry-watchers have been expecting for a while now. (Video via Netflix)

There were rumors in early June a split was coming when shareholders voted for a preliminary step toward splitting the stocks.

The split also helps Netflix, with analysts saying retail investors will be more apt to purchase stock at a cost that's one-seventh of its current price tag.

The fact that Netflix even had to do a stock split is a sign of how far the company's come.

Since 2013, Netflix has managed to gradually climb the short list of S&P 500 companies with shares worth more than $300. Eventually, only Priceline and Berkshire Hathaway's Class A shares were worth more.

As for Netflix's future, investors will just have to wait and see whether Netflix's stocks will continue their steady rise after the split — similar to what happened to Apple last year — or if they'll slow down.

This video includes images from Getty Images and Netflix.