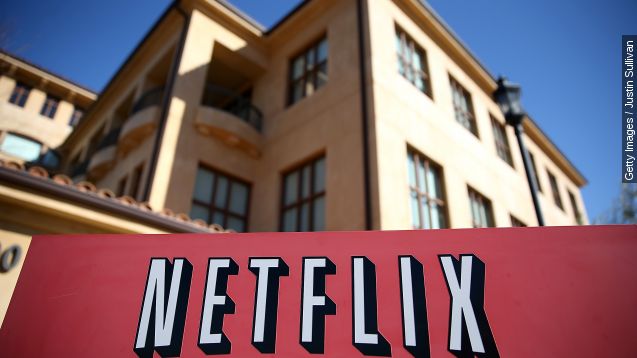 Numbers don't lie. And these numbers are no exception. Following a big shareholder vote, Netflix's stock hit an all-time high Tuesday of $651.75 per share in after-hours trading and even jumped above $690 at some points.

That sent the company's value to more than $38 billion. That's more than CBS, Viacom, Twitter, Dish Network or Sony. So what does the powerhouse streaming site do next? A share split seems to be the answer.

Following the Monday announcement of Netflix's acquisition of Brad Pitt's new movie "War Machine" and its plans to expand to southern Europe, shareholders voted to approve a share split for the company. (Video via Netflix)

While Netflix has kept quiet on the details, a source told CNBC the share split will be somewhere between a 5-to-1 split and a 10-to-1 split. That'd put share prices roughly in the $65-$130 area. (Video via Netflix / 'House of Cards')

Netflix spent $30 million to acquire that new Pitt film. Kind of seems like chump change, right? Right. According to CNBC, the company can afford to make those moves and continue to produce new content because subscribers continue to buy in to the service. (Video via Netflix / 'Orange is the New Black')

According to Netflix's plan, the company will have new subscribers in Italy, Portugal and Spain in the fall as the company works to "complete [its] global expansion over the next two years."

But it hasn't always been smooth sailing for the stock. Last year when Netflix upped the price of subscriptions by a dollar, there was a bit of backlash.

"Let's tell you what we're dealing with when it comes to Netflix," CNBC's David Faber said in October 2014. "Shares of that company taking a big hit despite what was a beat on earnings, the video streaming company reporting slower than expected subscriber growth in the third quarter saying a $1 price hike to $8.99 a month discouraged new sign-ups."

But according to this letter Netflix sent shareholders in April, it seems like things are back on track. First quarter earnings for 2015 were strong.

"I think this quarter in particular we had some amazing original content with 'Unbreakable Kimmy Schmidt,' with 'House of Cards,' with 'Bloodline' and so all of that compounded to really push us forward," Netflix CEO Reed Hastings said.