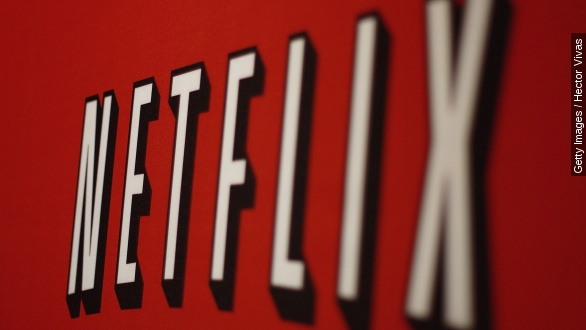 "Full House" might be the next show from a bygone era of television to get a revival.

TVLine and TheWrap both cite anonymous sources who say Netflix is strongly considering a 13-episode series order for a spin-off set 20 years after "Full House" ended. The original ran for eight seasons from 1987 to 1995.

The new series would star Candace Cameron Bure, in a reprisal of her role as D.J. Tanner. Andrea Barber would also return to play D.J.'s best friend, Kimmy.

John Stamos, Bob Saget and David Coulier will all be making guest appearances on the show, which will reportedly be called "Fuller House."

Yup, it's called "Full-er House." No one strained any brain cells coming up with that one.

Lately it's starting to seem like the television industry has given in to a bit of nostalgia. There's a "Boy Meets World" sequel series, "Girl Meets World," currently airing on Disney channel.

Then the "X-Files" is coming back to Fox, "Coach" will be getting a sequel series on NBC sometime soon and a "Twin Peaks" reboot is headed to Showtime in 2016.

To be fair, reviving an old show has proved successful in the past. Fox saw some solid ratings for its "24" reboot, "Live Another Day."

And Netflix certainly caught a lot of buzz for the fourth season of "Arrested Development" — even if it didn't get much love from critics.

Netflix hasn't yet commented on the story so there is no word yet on when or if we will get to catch up with the Tanners.