Netflix Is Officially Streaming In All Of These Countries 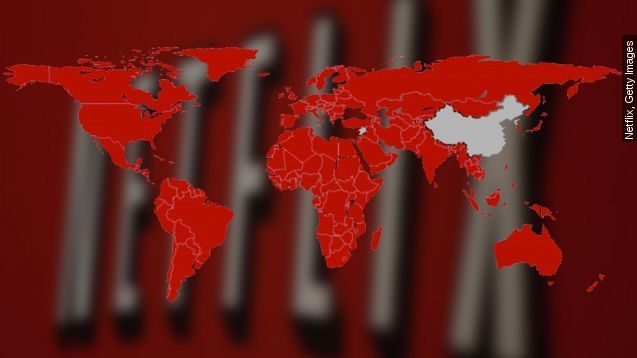 SMS
Netflix Is Officially Streaming In All Of These Countries
By Katie Link
By Katie Link
January 6, 2016
On Wednesday, Netflix announced it has expanded to be "a new global Internet TV network."
SHOW TRANSCRIPT

Well, folks, it's official — Netflix is taking over the world. CEO Reed Hastings announced Wednesday the streaming service is now live in more than 190 countries.

That global footprint is pretty impressive, especially considering the streaming service is less than a decade old, and before Wednesday, was only live in 60 countries.

Netflix also announced it added new languages to its service. On top of the 17 languages it already supports, users can now stream in Arabic, Korean and simplified and traditional Chinese. (Video via Netflix)

China has proved to be a challenge for Netflix. Being the most populated country in the world, it's an obvious potential moneymaker for the company.

But due to the country's licensing laws, Netflix would need a local partnership to make it work. Hastings says they're working on it.

Another thing the company is working on? Expanding their already impressive lineup of original content. Netflix picked up nine Golden Globes nominations for its original programming this year. That stacks up pretty nicely against Amazon's five nominations.

But taking down Amazon, and other competitors, in terms of original content comes at a price. This year, that price is $5 billion.