Netflix Comes To Planes, But Still No Downloadable Video 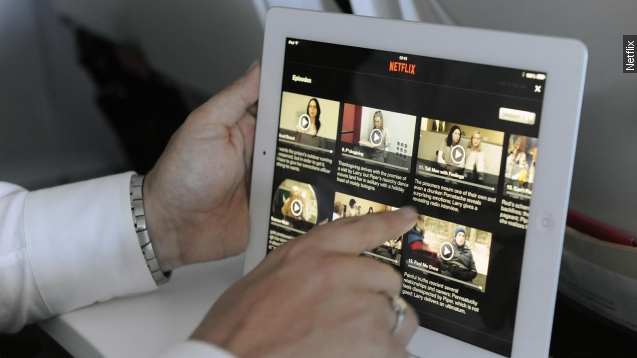 Virgin America's in-flight entertainment is getting an upgrade.

Courtesy of Netflix. (Video via Netflix / 'Orange Is the New Black')

The two companies are partnering up to offer complimentary Wi-Fi for Netflix streaming until March 2, 2016.

Of note, Netflix won't be free — just the Wi-Fi.

And you'll have to be riding on its satellite Wi-Fi equipped planes.

We're probably going to see a lot more partnerships like this.

Back in May, JetBlue teamed up with Amazon to stream its entertainment content.

Judging by this partnership, our downloadable video dreams just aren't in the cards. (Video via Netflix / 'House of Cards')