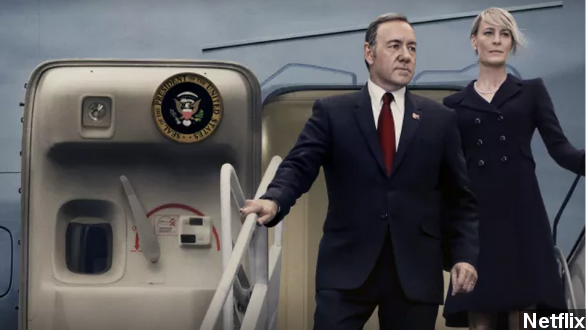 For a few glorious minutes, Netflix looked like it was going to pull a Beyoncé and release the third season of "House of Cards" without warning.

"There is but one rule. Hunt or be hunted. Welcome Back," says Frank Underwood, Kevin Spacey's character.

The third season unexpectedly showed up on the streaming site Wednesday afternoon. But just as mysteriously as the season materialized, it disappeared — in less than half an hour. (Video via Netflix / "House of Cards")

Netflix told CNBC the season was released because of a bug in its system.

The series is scheduled to debut Feb. 27, and it looks like Netflix is sticking with that original date. (Video via Netflix / "House of Cards")

The show's official account tweeted: "This is Washington. There's always a leak. All 13 episodes will launch February 27."