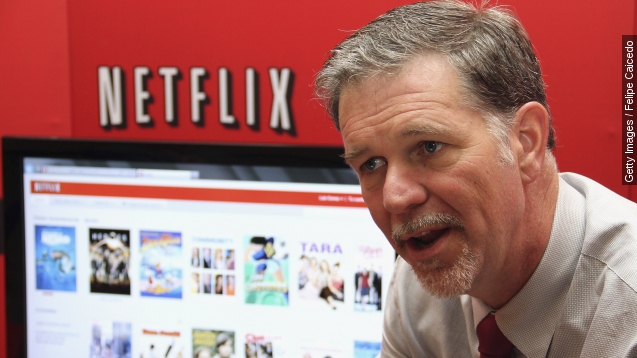 Netflix execs have a weird explanation for why the company didn't meet predictions for subscriber growth: users not updating their credit card information.

Wednesday's news brought Netflix's stock down 14 percent, and it was still hovering around 7 percent down Thursday morning.

The company's execs are blaming the shortfall on credit card companies' recent switch to cards enabled with electronic chips.

Companies are rolling out the new cards to customers. Any time a customer gets a new card, Netflix needs to be updated with the new card number. But it looks like that isn't always happening, leading to many customers not paying their bill.

If this is a real problem, then it stands to reason that other subscription services will report similar data.

Or it could just be Netflix trying to blame its slow subscriber growth on someone else.

Regardless, the company's troubles might not last long if the premiere of "Beasts of No Nation" goes well. The streaming site's first original feature film, starring Idris Elba, is already getting some Oscar buzz. It's headed to both Netflix's streaming platform and theaters Friday.