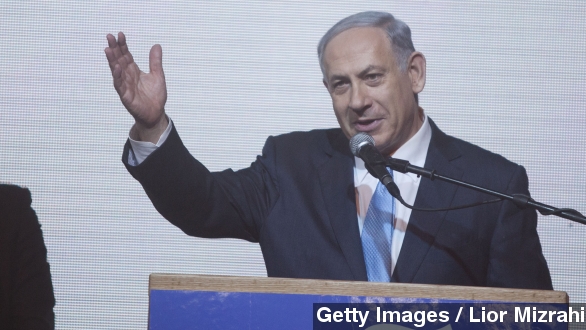 Israeli's Benjamin Netanyahu's Likud party has won the country's parliamentary election, a victory that will likely lead to the prime minister's fourth term in office.

This is an unexpected win for the prime minister's party, which had trailed heading into the polls.

For his part, some say Herzog "exceeded expectations" because he fought Netanyahu in such a tight race and lead the polls for a considerable period, putting his newly-formed Zionist Union party on the map.

The Arab coalition, which rallied behind the left-leaning Zionist Union, also came out in droves to try and stop Netanyahu's conservative bloc. Citing exit polls, CNN says, the "Arab coalition ranked as the third largest party."