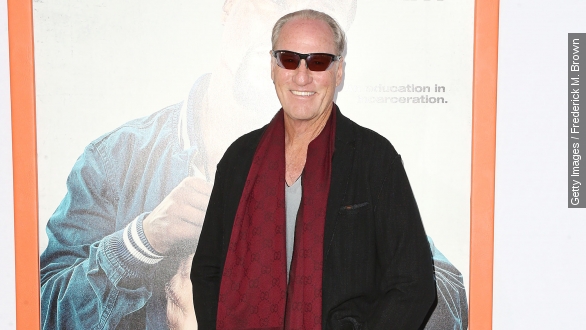 "Coach" starred Craig T. Nelson as the head coach of the Minnesota State University football team. It ran for nine seasons from 1989 to 1997.

Entertainment Weekly was quick to point out the new NBC show will actually be a sequel, not a reboot, in which Nelson's character, Coach Hayden Fox, has retired as head coach. But he's going to get back to his roots when he helps his now grown-up son coach an Ivy League school team.

E! reports Nelson will serve as the executive producer along with Barry Kemp, who was the original creator of "Coach." NBC has already ordered 13 episodes.

According to The Hollywood Reporter, talks of a "Coach" revival have been circulating about for a while now.

Nelson talked to the outlet back when he was debating signing onto the project, saying: "I'm really at a quandary. But I've been approached and we're thinking about it and talked through it a little bit."

"Coach" isn't the only familiar name coming back, though — reviving oldies is becoming all the rage this upcoming TV season.

Earlier this week, Fox announced it's bringing back "The X-Files" for a six-episode run. (Video via 20th Century Fox / "The X-Files")

No word yet on if anyone else from the original "Coach" cast will be reprising their roles in the new NBC show.