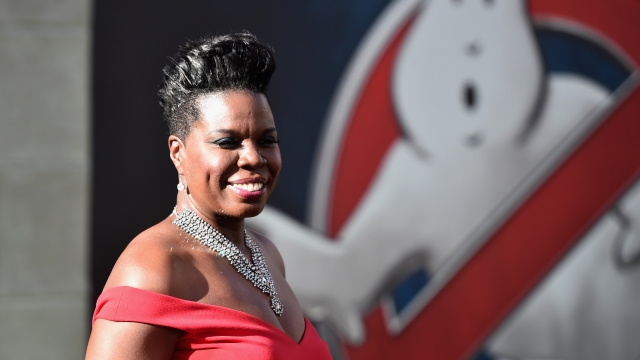 SMS
Your Twitter Game Might Be Fire, But Did It Get You To The Olympics?
By Lindsey Pulse
By Lindsey Pulse
August 8, 2016
NBC exec Jim Bell was so entertained by Leslie Jones' live tweets, he invited her to the games.
SHOW TRANSCRIPT

Comedian Leslie Jones has been live-tweeting the 2016 Olympics since the day they kicked off — and her comments just got her invited to Rio.

Jim Bell, NBC executive and producer for the Olympics, caught wind of Jones' tweets on Sunday. Bell was so entertained, he invited her to come to Brazil. He tweeted, "OK, you're officially invited to Rio. Want to come?"

Jones tweeted back, "hmmmm don't play cause y'all need me! I would have the whole Olympics pumped!!"

In the days since the 2016 games kicked off, Jones has been a very vocal fan. She's even set up multiple screens in her home to watch as many events as possible — one on her TV and four more on her laptop.

Though her Twitter comments landed her a sweet invite, the social media platform hasn't always worked in Jones' favor. The comedian and actress briefly stopped posting after receiving racist and sexist comments following the release of "Ghostbusters," in which she starred.

But for now, it looks like Jones is back and better than ever.  Let's hope the 2016 Olympics convince her to stay.

This video includes clips from Columbia Pictures, NBC and @Lesdoggg, and images from @Lesdoggg and Getty images. Music provided courtesy of APM Music.