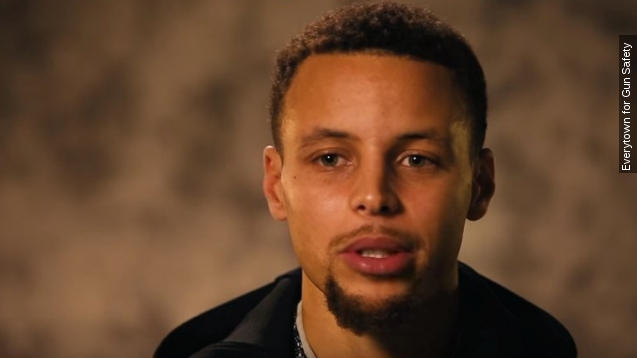 "I heard about a shooting involving a 3-year-old girl over the summer. My daughter Riley's that age," Steph Curry said.

"My parents just always said, 'A bullet don't have a name on it,'" Chris Paul said.

NBA players and gun violence victims are speaking out in a new PSA for Everytown for Gun Safety.

But, as The New York Times points out, the NBA's involvement in the series is controversial.

The New York Times writes, "While many of its teams are based in cities dominated by Democrats, a number of other teams — and millions of N.B.A. fans — hail from places where Mr. Bloomberg and his approach to guns are viewed with deep suspicion."

But the issue of guns — specifically who should have them and how they should be used — isn't as clear cut.

That's why the NBA is getting some backlash for the ads.

The ads are expected to debut on TV on Christmas Day, historically one of the most-watched days of the NBA season.

This season features a much anticipated match up between the Cleveland Cavaliers and the reigning NBA champs, the Golden State Warriors.