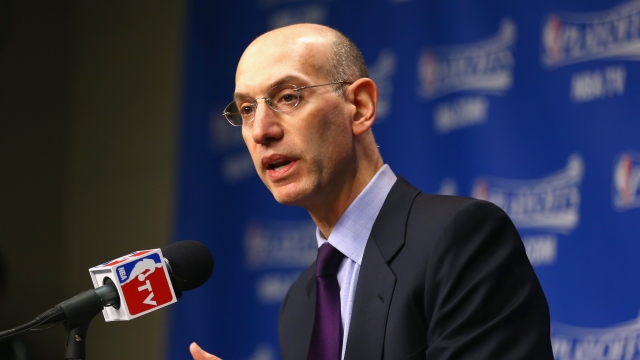 The 2017 NBA All-Star Game will be played in New Orleans, bringing some much-needed good news to the state of Louisiana.

In July, the league announced it was removing the game from Charlotte because of North Carolina's HB2. The bill, which was signed into law, requires transgender people to use public bathrooms corresponding to their sex at birth.

Opponents saw the bill as discriminatory, and the NBA agreed. Its statement said, in part, "We do not believe we can successfully host our All-Star festivities in Charlotte in the climate created by HB2."

New Orleans was considered the leading contender to host the game after the NBA pulled the plug on Charlotte. The league decided to stick with the Big Easy despite flooding that's causing massive damage in Louisiana.

More than a dozen people have been killed, and tens of thousands of homes have been damaged.

To help the flooding victims, the NBA is partnering with the New Orleans Pelicans and New Orleans Saints to help rebuild damaged homes and collect food and water for affected residents.

Gov. John Bel Edwards said, "I want to thank the NBA for the vote of confidence in our state to host this event and their support of the relief efforts currently underway."

The All-Star Game itself should be a big boost for the state's economy. The game and its surrounding festivities are expected to bring in around $100 million. The 2017 NBA All-Star Game is scheduled for February 19.