NBA Jersey Ads Are Here Whether You Like It Or Not 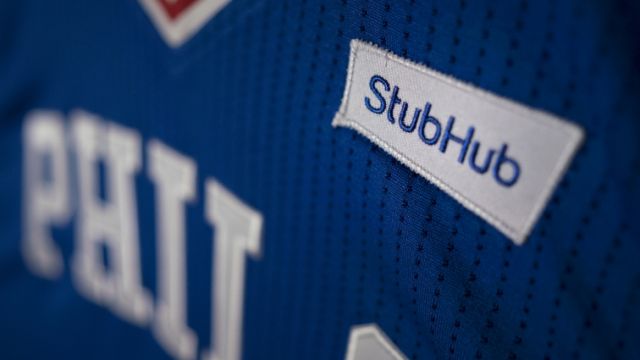 SMS
NBA Jersey Ads Are Here Whether You Like It Or Not
By Matt Moreno
By Matt Moreno
May 16, 2016
The Philadelphia 76ers are the first team to add small advertisement patches to their jerseys for the 2017-2018 season.
SHOW TRANSCRIPT

We knew the day was coming sooner than later — advertisements on basketball jerseys.

The Philadelphia 76ers are now the first major American professional sports organization to add sponsorship to their jerseys, announcing a deal with StubHub on Monday.

The 76ers, who finished 10-72 this season, unveiled the new jerseys with a small StubHub logo patch on the front left corner. It will be a three-year deal, with the jerseys starting to roll out in the 2017-2018 season.

The 76ers' CEO Scott O'Neil said in a press release, "This marks another groundbreaking first for the Philadelphia 76ers and StubHub. Our brands are now inextricably linked as we create lifelong memories for our fans in Philadelphia and around the world."

Ads on NBA jerseys have been a long time coming. NBA Commissioner Adam Silver called the move "inevitable" in 2014.

The league has actually been placing ads on All-Star jerseys for a few years now with little to no kickback from fans.

But it wasn't until recently that owners got together to vote and approve teams to sell 2.5-by-2.5-inch ad space on the jerseys.

For players, the ads won't affect them too much. Many fans have been wary of them, though, fearing players could soon look like soccer players or NASCAR drivers in the near future. But O'Neil says that won't happen.

Ads on NBA jerseys are reportedly projected to generate $150 million in annual league revenue with individual teams keeping half the money.

This video includes images from Getty Images and clips from the Philadelphia 76ers and StubHub.