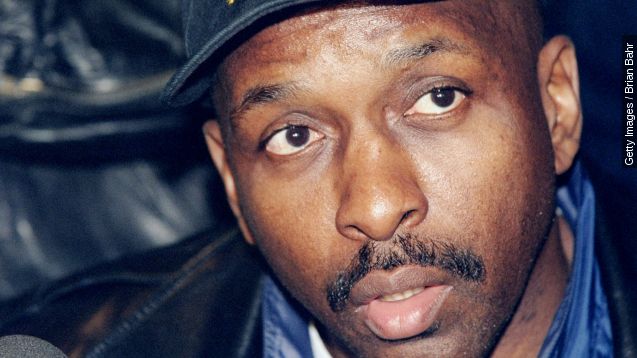 SMS
NBA Hall-Of-Famer Moses Malone Dies At Age 60
By Jamal Andress
By Jamal Andress
September 13, 2015
Moses Malone, aka "Chairman of the Boards," is one of just four players in NBA history to rack up 25,000 points and 15,000 rebounds.
SHOW TRANSCRIPT

Moses Malone, three-time MVP and one of the NBA's top 50 players of all time has died at the age of 60.

The "Chairman of the Boards" was the first player ever to go straight from high school to the pro's when he was drafted by ABA team the Utah Stars. He joined the Houston Rockets two years later, after the ABA-NBA merger.

"Malone comes to Philly, and of course he's the man," Julius Erving said. (Video via Grantland)

While Malone won one of his three MVP awards in Houston, it wasn't until he made it to Philadelphia and joined forces with Julius "Dr. J" Erving that he was able to win a title.

Malone and the 76ers won the 1982-83 NBA championship, and Malone was named the NBA Finals MVP after averaging 26 points and 15 rebounds throughout the playoffs. (Video via ESPN)

The Sixers issued this statement on Malone's passing, which says in part, "Moses holds a special place in our hearts and will forever be remembered as a genuine icon and pillar of the most storied era in the history of Philadelphia 76ers basketball."

According to ESPN, Malone is one of just four players in NBA History with 25,000 points and 15,000 rebounds, joining Kareem Abdul-Jabbar, Wilt Chamberlain and Elvin Hayes.

Chairman of the Boards, indeed.