NBA Free Agents Are Scoring Big On The Open Market; Here's Why 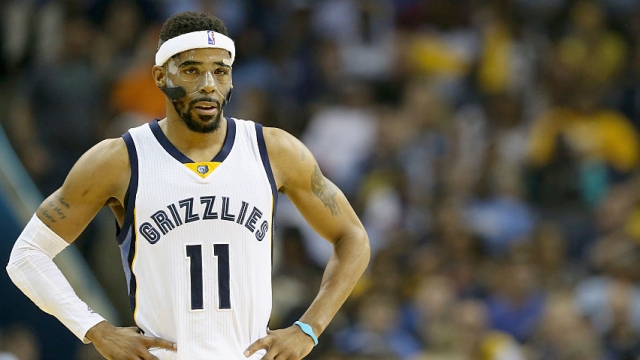 If you've touched an NBA court in the last five years, you have a chance to make several million dollars — or so it seems.

The NBA free agency season is off to a hot start with millions upon millions of dollars going to players that normally wouldn't be getting massive deals.

But thanks to a new TV contract, NBA teams have much more flexibility to get into the giving spirit.

So far, Memphis Grizzlies point guard Mike Conley has been the biggest winner. The 28-year-old reportedly agreed to a five-year, $153 million deal with the team.

The deal makes Conley, a player who averaged an unremarkable 15 points per game, the highest-paid player in NBA history.

As of Sunday morning, five players had agreed to five-year, $100+ million deals.

And yet, we're still waiting on LeBron James and Kevin Durant to sign deals.

It's all led to reports of some unbelievable, but sorta believable deals.

So, where's all this extra cash coming from? Well, the NBA signed a massive nine-year, $24 billion TV contract in 2014. It finally goes into effect this year, meaning teams have about $24 million more to play with.

As ESPN's Rachel Nichols explains, that extra money could stay with the owners — or it could go to signing players.

Either way, though, if you're a cable subscriber, you'll likely be footing the bill for all of this. The deal will likely increase cable bills for anyone who gets ESPN, TNT and/or NBA TV.

Basically, if there's ever been a time to re-lace those shoes up and score that NBA contract, it's now.

This video includes clips from The Commercial Appeal, TNT, Nike and images from Getty Images.