NATO Is A National Threat, According To Russia 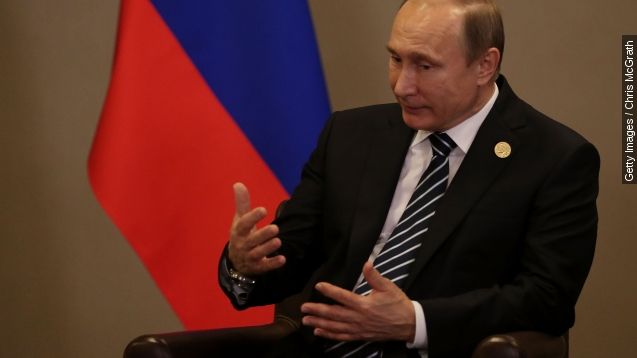 SMS
NATO Is A National Threat, According To Russia
By Melissa Prax
By Melissa Prax
January 2, 2016
Russian President Vladimir Putin has signed an executive order that says NATO is a threat to Russia's national security.
SHOW TRANSCRIPT

Vladimir Putin's never really been a fan of NATO, but a recent executive order outlining Russia's upcoming priorities defines the Western military alliance as a threat.

Relations weren't helped after last year's tug of war between Ukraine and Russia. Many NATO countries came out on Ukraine's side in the conflict, including the U.S., and the organization even suspended cooperation with Russia for a time. (Video via BBC)

Putin's order says "further expansion of the alliance ... create[s] a threat to the national security." But some experts say legally NATO is fine — NATO never said it wouldn't expand.

NATO last expanded in 2009, adding Albania and Croatia to its 12 other members.

NATO has yet to respond to the document. Recently, Russia has often found itself at odds with NATO countries over its approach to Syria. It's still not clear if Putin's order will affect the response to that conflict. (Video via Alikhbaria Syria)