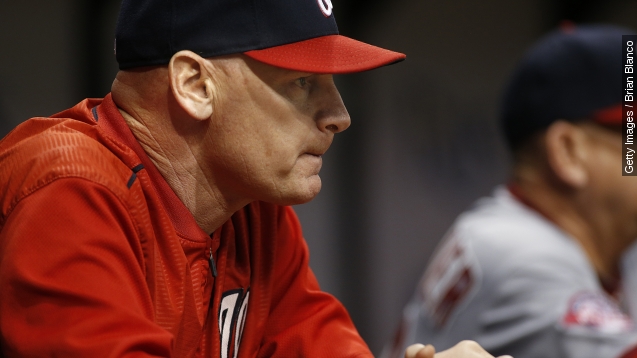 Matt Williams' time as the Washington Nationals manager was brief and eventful, and not in a good way.

On Monday, the Nationals parted ways with the entire coaching staff, including the 2014 National League Manager of the Year, according to The Washington Post.

It was yet another disappointing season for the Nats. They finished 83-79 and missed the playoffs, despite on paper having arguably one of baseball's best teams.

This after a 96-66, 2014 campaign that, again, ended in disappointing fashion. The San Francisco Giants bounced the Nationals in the NLDS.

While Williams' overall coaching record might look decent, it was his in-game decision-making and lack of control in the clubhouse that likely led to his ousting.

By the end of the season, the Nationals were infamous for blowing leads late in the game, often times with Williams at the center of the critcism.

And the criticism wasn't only coming from baseball analysts, but also Nationals fans. How about the time when Nats fans sneaked into a press conference and booed the then-Washington manager? (Video via MASN)

And the highly publicized strangle match between pitcher Jonathan Papelbon and outfielder Bryce Harper near the end of the season didn't help Williams' case of staying on board.

As The Washington Post notes, Williams' hiring was risky in the first place. The former MLB third baseman had no managerial experience going into 2014.

Williams had a year remaining on his contract. The Nationals will now be tasked with finding their sixth manager in eight years.